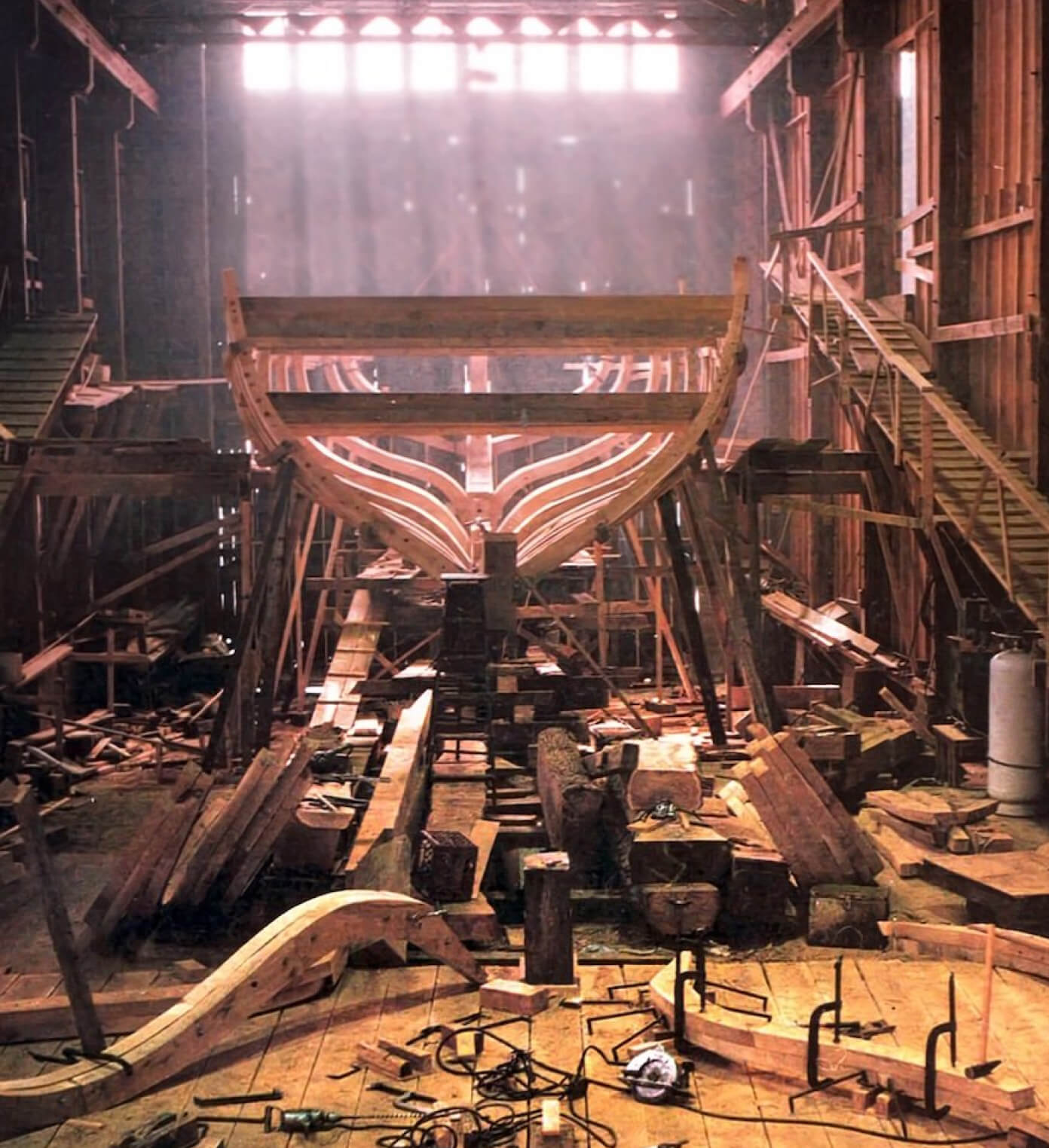 Built To Sail the World

Launched on August 22, 1978, the wooden schooner Appledore II is proud of her colorful history. The Appledore II is a majestic 86’ windjammer and the largest of her sister ships, Appledores I, III, IV, and V. She is the last schooner custom built by the Gamage Shipyard. Started in 1924 in South Bristol, Maine by Harvey F. Gamage, the Yard built and launched many famous tall ships, including the Mary Day, Harvey Gamage, Shenandoah, Bowdoin, Bill of Rights and the Spirit of Massachusetts.

The Appledore II was built traditionally, using time honored techniques of shipbuilding. Looking at her, you are reminded of the phrase, “iron men and wooden ships.” Designed by Bud Macintosh, a renowned boat builder, the Appledore II is constructed in the finest tradition of New England ship building. His design is now recognized worldwide for the schooner’s heavy weather, open ocean capabilities.

From the moment you set foot upon her solid deck, you sense something special about the Appledore II. You are taken with the massive spars, the symmetry of the halyards and sheets coiled on their pins, the glossy grain of varnished wood. The Appledore II is strong, stable and swift, with a ten-and-a-half-knot hull speed and 110-degree knockdown rating. In laymen’s terms, this ship will get you there, quickly and without incident.

Herbert and Doris Smith, the owners and captains of the Appledore II, helped build the schooner. The Smith’s named their series of schooners after Doris’ hometown, Appledore Island – part of the Isle of Shoals – located off the New England coast. Appledore II launched in 1978 from Portsmouth, New Hampshire for an 18-month circumnavigation stopping at numerous ports around the world, before returning home to Portsmouth. This voyage has been chronicled in two books, Dreams of Natural Places, A New England Schooner Odyssey and Sailing Three Oceans, both authored by Herbert Smith.

Since that time, the Appledore II has sailed extensively throughout the Caribbean, serving educational and private tourism. For a number of years the ship served as the Semester At Sea vessel for Marine Biology majors from South Hampton University. For over 25 years now she has served double duty offering day sails from her homeports of Camden, Maine and Key West, Florida. Twice a year this elegant, seaworthy ship makes the 2,000-mile off shore voyage along the Eastern seaboard between her two harbors.

The McKean Family (John and Jane) purchased the Appledore II in 1988, sailing the historic schooner in both Key West, Florida and Camden, Maine. In 2003, the McKean Family partnered with Sebago Watersports for the Key West operations. This partnership expanded in 2016 to include the Camden, Maine operations. Both parties are extremely excited about this partnership expansion which allows them the opportunity to maintain the history and tradition of this magnificent schooner while making new and exciting changes.

Nothing stirs the romantic heart more then the Appledore II’s classic wooden hull whispering its way into the seas. The Appledore II – more then a boat, it’s a tradition. 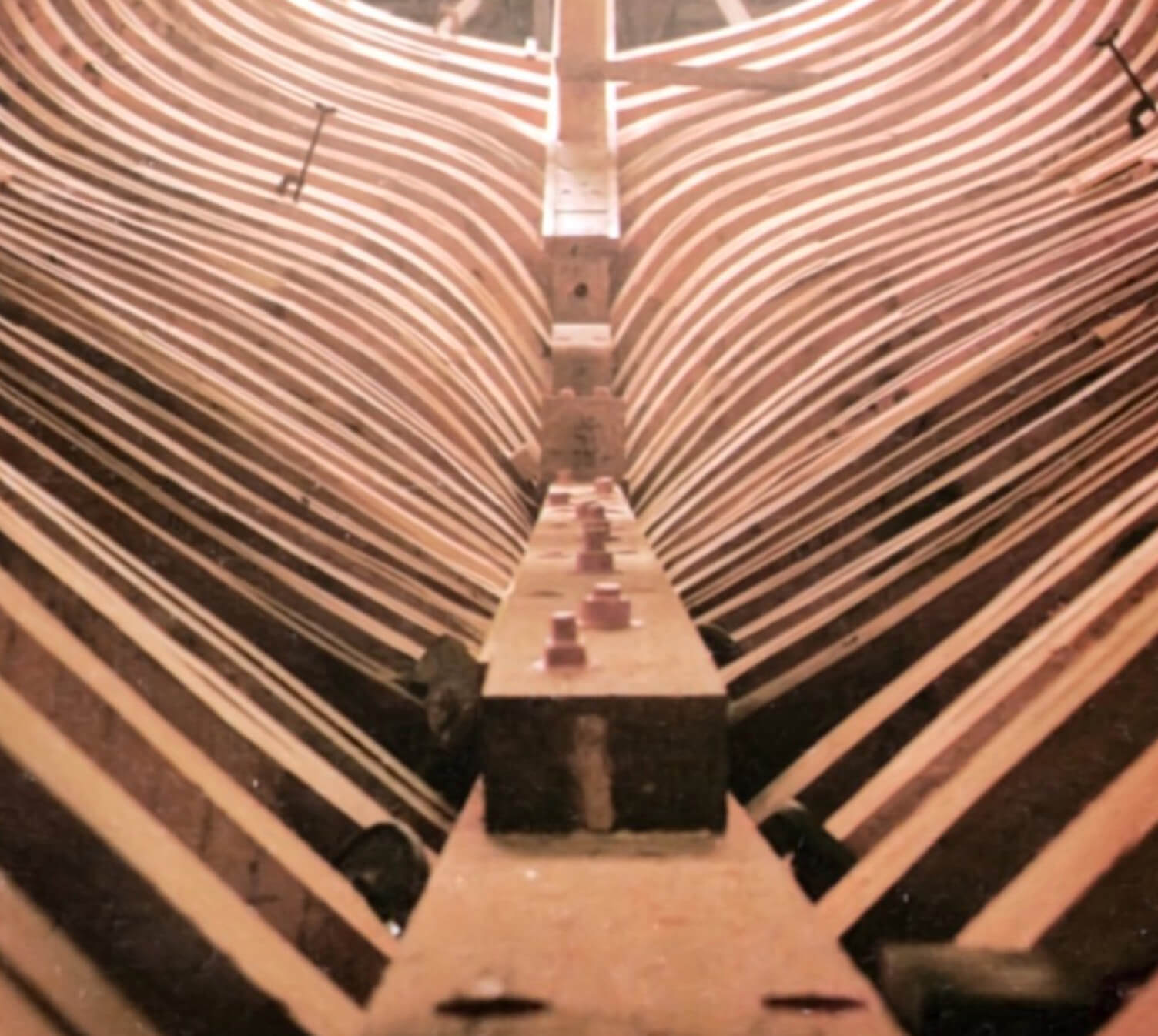 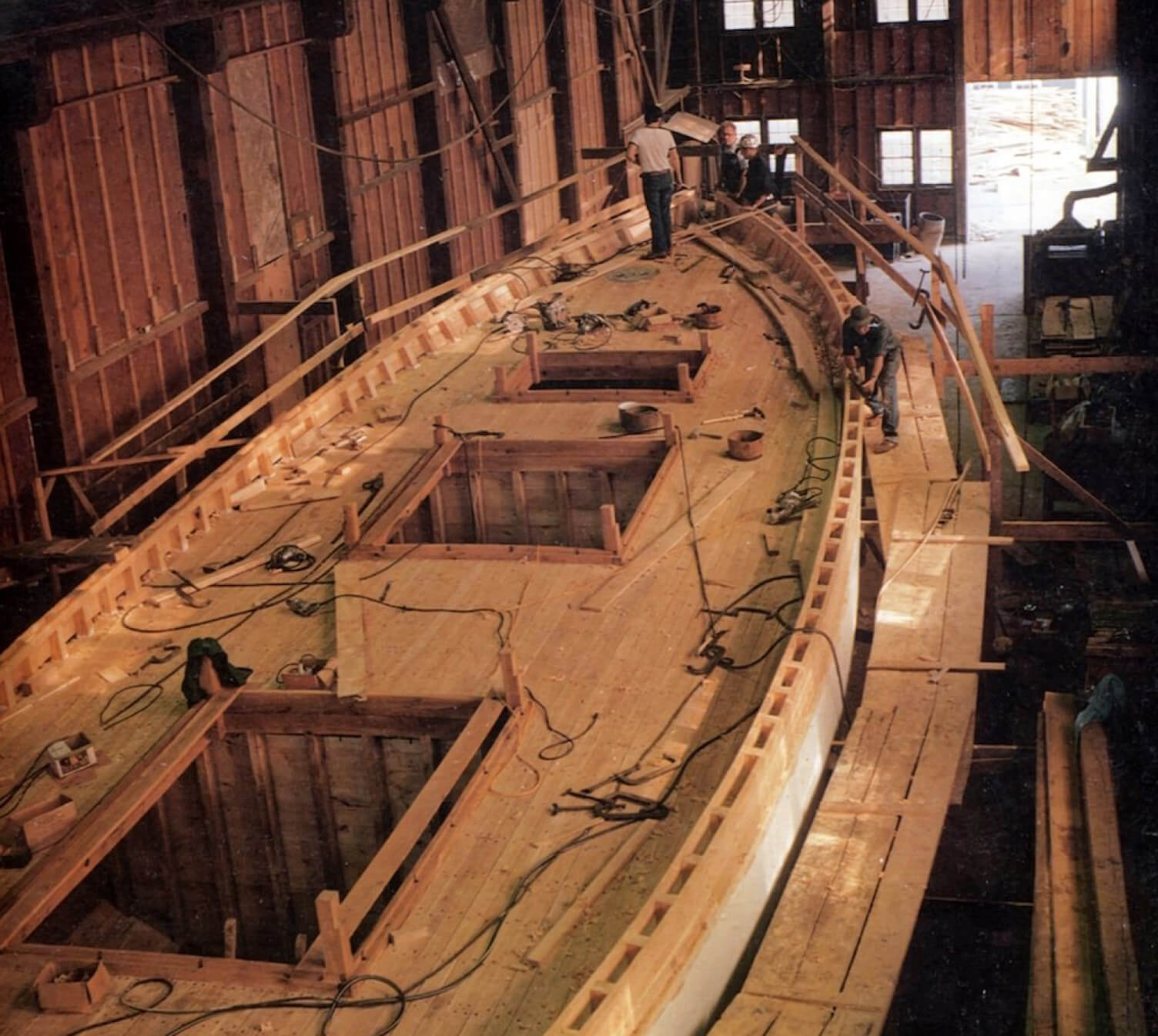 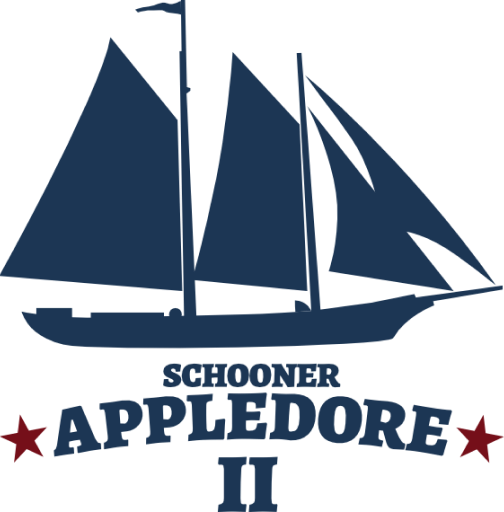